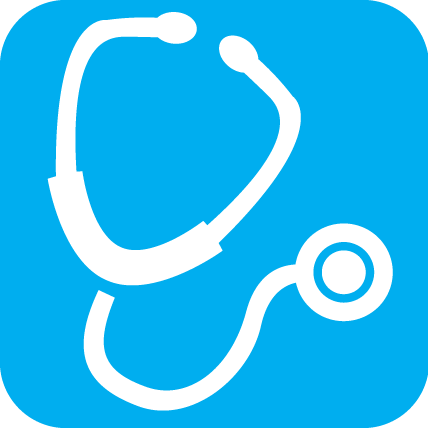 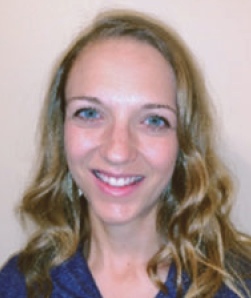 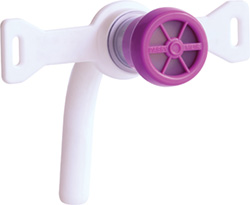 Transfer of the bolus from the oral cavity to the stomach requires successive movements and positive pressure generated above the bolus to propel it downward to regions of negative pressure. In the oral cavity, the tongue provides the initial bolus propulsion to initiate the swallow. The bolus is moved posteriorly in the oral cavity with the midline of the tongue by sequentially elevating, anterior to posterior, against the hard palate to propel the bolus. The soft palate elevates to contact the lateral and posterior pharyngeal walls to close off the nasopharynx. Then, the contact of the velum, base of tongue, and pharynx create positive pressure on the bolus. This drives the bolus to the region of negative pressure in the hypopharynx. The hyoid and larynx are pulled up and forward, and the epiglottis inverts over the airway. The true and false cords adduct, and the arytenoids tent forward. The actions of these structures help to protect the airway from the bolus. When the laryngeal vestibule closes and the vocal folds adduct, subglottal pressure increases immediately prior to the swallow (Wheeler Hegland, Huber, Pitts, & Sapienza, 2009).

Sensory receptors in the oral cavity provide the central nervous system with information about the properties of the bolus and adjust movements to prepare the bolus for swallowing. Pharyngeal receptors respond to the bolus to elicit the pharyngeal swallow. The sensory information from the pharynx directs the motor movement to activate the pharyngeal musculature to assist with protection of the airway during swallowing (Nishino, 2012). The swallowing center, located in the brainstem, includes sensory and motor neurons that produce a series or sequence of activities for the swallow process (Al-Toubi, Daniels, Huckabee, Corey, & Doeltgen, 2016). Sensory information is received from the oral cavity, pharynx, larynx, and esophagus to organize the motor movements for swallowing.

Gross, Atwood, Grayhack, and Shaiman (2003a) conducted a study with the rationale that pressurized air during the swallow may play a role in the neuro-regulation of swallowing function by stimulating subglottic mechanoreceptors. The study was designed to determine the effect of lung volume on specific measures of swallowing physiology in individuals without tracheostomy tubes, dysphagia, respiratory disease, or neurological impairment. Subglottic air pressure was altered with extremes in lung volume. Swallowing was completed at total lung capacity (TLC), functional residual capacity (FRC), and residual volume (RV). TLC occurred at the end of maximal inhalation and before onset of exhalation, providing the highest positive subglottic air pressure (Psub). Swallowing at FRC was at resting expiratory level where recoil forces are inactive or less active (~34% vital capacity) and equated to a lower or midrange Psub. Lastly, swallowing at residual volume was measured at the end of forced exhalation and before the onset of inhalation (~0% vital capacity) and demonstrated the lowest Psub or a negative pressure.

Significant positive correlations between EMG (electromyography) duration, BTT (bolus transit time), and PAD were present only for swallows occurring at TLC. If TLC most closely approximates the initiation of the most efficient motor program, then these correlations may be indicative of the condition that is closest to the swallowing program (i.e., the lungs are filled and Psub is likely to be sufficiently positive). PAD of swallows occurring at FRC were not significantly different from TLC, perhaps because the potential to generate positive pressure was still present. PADFRC was significantly shorter than PAD-RV (Gross et al., 2003a p. 2215).

Significant differences in PAD were not found between swallows occurring at FRC and TLC. This finding was thought to be due to the generation of positive pressure in both conditions. The pharyngeal activity duration in the FRC swallows was significantly shorter than in the RV swallows (Gross et al., 2003a). These differences may indicate a relationship between lung volumes, subglottic pressure, and swallowing.

Gross et al. (2003a) also offered the dynamic systems theory as another explanation for motor control. The movement patterns for swallowing, the respiratory system, and the neural substrates coordinate the motor control for swallowing. The pressure within the airway during the swallowing sequence may signal the neural mechanisms within the brainstem for respiration and swallowing. The “attractor state” is the condition of highest equilibrium, which the dynamic system seeks for optimal functioning. The attractor state could be viewed as swallowing at higher lung volumes and positive Psub (FRC and TLC). Low Psub (RV) during the swallow may actually apply a constraint on the swallowing structures.

Based on the results of this experiment that show an influence of the respiratory system on swallowing, the larynx and pharynx, along with their neural substrates, may serve as coordinative structures. In the dynamic model, the mechanoreceptors of the subglottic larynx may have induced a new, unestablished attractor state, or applied a constraint on the swallowing structures, when low Psub (RV) was revealed during the swallow as the true vocal fold adducted. To ensure the successful completion of the overall motion goal (i.e., swallowing without aspiration), the coordinative structures changed their synergistic motions via compensatory adjustments that prolonged PAD(pp. 2215-2216). The findings from this study suggest that the respiratory system provides a portion of the afferent information to the swallowing motor pattern to generate its motor output (Gross et al., 2003a).

When a tracheostomy tube is present, airflow escapes through it and below the level of the vocal folds despite vocal fold adduction during the swallow. This open tracheostomy tube disrupts the pressures discussed in the previous section regarding the normal swallow. When the cuff is deflated, placement of a Passy Muir Valve restores airflow to the upper airway (Suiter, 2014).

Logemann, Pauloski, and Colangelo (1998) studied the effects of light digital occlusion of the tracheostomy tube versus no occlusion on oropharyngeal swallowing in head and neck cancer patients. Four of the seven subjects who swallowed thin liquid aspirated when the tube was not occluded. In two of these four subjects, aspiration was eliminated with digital occlusion. With light digital occlusion, five biomechanical swallow measures changed, including improvement in hyoid and laryngeal movement. The researchers postulated that this improvement may be due to the ability to build subglottic pressure with the tube occluded which increased resistance as compared to the tracheostomy tube not being occluded.

Gross, Mahlmann, and Grayhawk (2003b) studied the physiological effects of open and closed tracheostomy tubes on the pharyngeal swallow. They suggested that pressurized air may play a role subglottically by stimulating mechanoreceptors. Patients with a tracheostomy ventilate well but bypass the larynx; therefore, the role of subglottic pressure receptors is considered to be minimal in respiratory control. It was postulated that stimulation of subglottic pressure receptors may signal to the central nervous system that the larynx is ready (protected) for a bolus to pass by, and this, in turn, influences lower motor neurons which innervate the muscles of the pharynx. In addition, feedback from subglottic receptors also may influence recruitment of lower motor neurons in the pharynx during swallowing due to the neuro anatomical linkage between subglottic pressure receptors and lower motor neurons serving muscles of both the pharynx and larynx. It was thought that force, speed, and duration of muscle contraction would be altered with tracheal occlusion. To address this question, they studied the depth of laryngeal penetration, bolus speed, and duration of pharyngeal muscle contraction during the swallow in individuals with tracheostomy tubes while their tubes were open and closed.

Results of the Gross et al. (2003b) study indicated pharyngeal swallowing physiology can be measurably different in the absence of airflow and subglottic air pressure (open tube) as compared to the closed tube condition, in which airflow is redirected through the glottis and subglottic pressure is increased. Their findings indicated a more efficient swallow with decreased pharyngeal activity duration and decreased bolus transit times in the closed condition in three of the four participants. A rating scale used to characterize the depth and severity of laryngeal penetration increased in the open condition in three of the four participants as compared to the closed condition, indicating improved airway protection in the closed condition.

Gross et al. (2003b) found that when the system is closed, the pharyngeal musculature may be optimally “programmed” because of a consequential segmental reflex arc that is stimulated. The number of lower motor neurons recruited may increase with this stimulation. This, in turn, may increase bolus speed, decrease pharyngeal contraction time, and strengthen the pharyngeal muscle action. A loss of the stimulation of the reflex component may prolong bolus transit time and pharyngeal activity duration in the open condition due to a loss of subglottic pressure and failure to stimulate the subglottic receptors. A specific segmental swallowing reflex in the brainstem may be stimulated by tracheal air pressure. This may influence the recruitment of pharyngeal swallowing musculature or may signal to the oral cavity and the pharynx that the larynx has sufficiently protected the airway. When subglottal pressure is diminished significantly or eliminated, this reflex may not be elicited.

Suiter, McCullough, and Powell (2003) studied the effects of cuff deflation and one-way speaking valve placement on swallow physiology. Results found that one-way valve placement significantly reduced scores on the penetration-aspiration scale for the liquid bolus when compared to the cuff-inflated and cuff-deflated condition. Most of the patients (8 of 10) were able to safely swallow thin liquids with the oneway valve in place but aspirated thin liquids with their cuffs inflated or deflated and no valve in place. Cuff deflation alone did not reduce or prevent aspiration because subglottic air pressure cannot be restored by cuff deflation alone. Subglottic airway pressure is improved with the use of a one-way speaking valve.

Occluding the tracheostomy tube with a Passy Muir Valve may improve subglottic air pressure and have an overall impact on improving safety and effectiveness of the swallowing mechanism.

Research suggests that there may be an optimal subglottic pressure range corresponding with improved swallowing parameters (Gross, 2009). However, individuals with tracheostomy tubes frequently have respiratory variables to consider, including diminished or absent subglottic air pressure. To address restoration of pressures, which impact bolus transit, pharyngeal activity, upper esophageal opening, and airway protection, a closed system is needed. Occluding the tracheostomy tube with a Passy Muir Valve may improve subglottic air pressure and have an overall impact on improving the safety and effectiveness of the swallowing mechanism

This article is from the Fall 2019 Protocol Issue of Aerodigestive Health. Click here to view The Role of Pressures in Swallowing and Impact of the Passy Muir® Valve.

This procedure was developed by Austin Health and is designed for use by various facilities and healthcare professionals. It provides step-by-step guidelines for placing a Valve in-line with mechanical ventilation. The development of this procedure was based on the rationale that patients should have access to the benefits that the Valve provides in the areas of voicing, coughing, swallowing, return of sensation, and smell.